While confirmed COVID-19 cases among children are less common than among adults, nearly 12,000 DC children and youth have still contracted the disease (as of November 12, 2021).

Of course, children and youth are also impacted when a parent, family member, teacher, or other caring adult gets sick. And their family’s economic security and their educational opportunities are also being threatened by the pandemic.

Roughly 15,000 excluded workers, primarily our undocumented parents and residents, have or will soon see a one-time payment of $3,000 after not receiving unemployment benefits during the pandemic. This is the direct result of their tireless organizing efforts that pushed the DC Council to add an extra $5 million to the fund, growing it to $41 million. While still far short of what they demanded, they showed that grassroots organizing efforts produce real change for working families.

Housing Insecurity: Over a third of DC renters with children said they have no or only slight confidence in their ability to make next month’s rent or were deferring their payment, roughly twice the rate of renters without children. As DC phases out its eviction moratorium, there’s cause for concern. The Office of the Tenant Advocate reported nearly 60 evictions scheduled between November 15 and December 15.

Early Care & Education Access: During the early months of the COVID-19 pandemic many early learning programs switched formats, or shut down for a time, or had to reduce capacity. Both for this reason and for others (e.g. family safety concerns, parent financial constraints), the District’s child care centers and family child care homes reported operating at an average enrollment rate of 61% of their licensed capacity, with 33% of enrolled children attending on an average day. At the same time, the pandemic exacerbated the already strained situation for this vital but underpaid early learning workforce. 84% of child care centers who reported to the survey reported experiencing a staffing shortage (results were not reported for family child care homes). 73% of survey respondents identified low wages as the main recruitment barrier and 59% say that low wages are the most common reason that educators leave the field, followed by 14% who said lack of benefits. Recognizing the import of this looming crisis, the District made emergency grants available to child care providers using federal relief funds and temporarily increased reimbursement rates to providers for serving children enrolled in the childcare subsidy program. In August 2021, the DC Council voted to increase compensation for early educators, paid for by a new tax increase on the District’s highest earners.

Public School:
Distance learning posed challenges for many students and educators. In looking at how much students learned during distance learning in spring and summer 2020, a report by EmpowerK12 showed that students learned less than in prior years. One notable finding is that in grades K-2 more than one in four previously proficient students dropped below the reading comprehension proficiency threshold compared to the prior year. Drops in early literacy proficiency were more likely to occur for students categorized as “at risk” and who live east of the river. In grades 3-8, students overall are significantly behind in math and slightly behind in language arts, with “at-risk” students significantly behind in language arts. Students who have experienced homelessness were also particularly struggling in reading. One group whose education has been of particular concern during the pandemic is students with disabilities. In June 2021 Children’s Law Center sent a survey to clients served by its Medical Legal Partnerships since 2019 (a program in which legal professionals “work side-by-side with pediatricians to provide legal assistance to resolve the root causes of a child’s health problem”). CLC shared some of those results in testimony at a July 2021 DC Council hearing on school re-opening: “For parents of children with Individualized Education Plans (IEPs), we learned 44% of students with disabilities reported missing some or all of their IEP services during the pandemic. For many students, virtual learning was simply not conducive to their needs. Parents also noted extreme delays in evaluations and IEP updates.” During this time period some students weren’t able to engage in education at all. In mid-fall 2020 public schools had hundreds fewer students – including over 700 fewer English learners – enrolled than at the same time the previous year. Since enrollment had been projected to increase by several thousand that school year, the actual decline is larger, with bigger declines for DCPS than for charter schools and for the youngest learners. There were more than 2,200 fewer children in pre-K through first grade than had been projected, with the steepest decline – 15% fewer children than expected – in PK3. And students with disabilities in the DC Jail filed a lawsuit against DC Public Schools and the State Superintendent of Education claiming that they hadn’t offered any virtual or in-person instruction to students in custody since the pandemic began, only handing them paper worksheets with no teacher around.

Many District families were worried about their children’s safety as students returned to in-person learning. Some parents have sought medical exemptions to the in-person requirement due to asthma or other health issues that put their children at higher risk, but only a tiny fraction of students have been approved for distance learning in the 2021-22 school year. As of November 12, only one DCPS hadn’t had a single confirmed case of COVID-19 since August 20th, and the vast majority – 109 schools – had multiple cases. In mid-October legislation took effect to require a virtual learning option for students at high-risk or living with someone at high-risk, as well as expanding the definition of excused absences, though it is up to the Bowser administration – which opposed the legislation – to implement it.

Find more information about the impacts of COVID-19 measures in our data references section. For earlier data, starting just a couple of months into the pandemic, on the economic impacts of COVID-19, please contact Data and Research Manager Rachel Metz at rmetz@dckids.org. 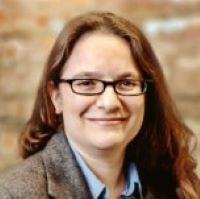 Rachel Metz is the Research and Data Manager of DC Action.

DC Action’s DC Kids Count site is a publication of DC Action and funded, in part, by the Annie E. Casey Foundation. The findings and conclusions presented are those of DC Action and do not necessarily reflect the opinions of the Foundation. DC Kids Count provides the best available District-wide and ward-level data to measure and track the well-being of our District’s children and young adults. DC Action is a tax-exempt 501(c)(3) organization.

Contact our Research and Data Manager Rachel Metz for support in analyzing and sharing our data or to schedule a DC Kids Count presentation.

© 2021 DC Action. All Rights Reserved. Site designed by unkanny! Design and MW Plus.